The role of gasdermin B (GSDMB) as an executioner of pyroptosis in intestinal epithelial cells is controversial, with emerging evidence supporting its role in alternative activities that go beyond pyroptotic cell death.
Recent findings regarding GSDMB’s function during gastrointestinal (GI) disorders suggest an overall protective role of epithelial-derived GSDMB, promoting pyroptosis of cancer cells, bactericidal processes, and epithelial restitution and wound repair
Several opportunities for controlling GSDMB function exists, and at different levels (e.g., as a consequence of GSDMB polymorphisms, by alternative splicing, and through regulation of its cleavage, among others). We are at the advent of discovery regarding GSDMB’s biology, with recent studies providing important insights into the mechanism(s) of such regulation and its specific roles during health and disease states. 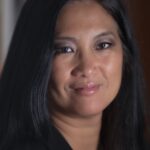